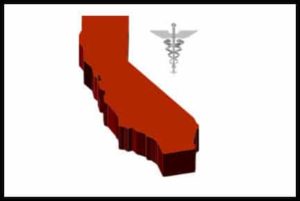 California is taking another major step to combat fraud and abuse in workers’ compensation. The first step was SB 863, which took effect on January 1, 2013 and tried to reduce costs by reducing the volume of lien claims and lien claim litigation in the workers’ compensation system, including the reestablishment of lien filing fees to preclude frivolous lien filings, and restricting the ability of third parties to collect on assigned lien claims. Based on problems that SB 863 did not resolve, the California Legislature decided to pursue further reform to close gaps in “work comp” abusive lien practices.

One of the major issues is whether violators of workers’ comp laws should be entitled to enforce their right to payments on liens. The Department of Industrial Relations (DIR) and its Division of Workers’ Compensation (DWC) announced recently that, from 2011 through 2015, $600 million in liens were filed for treatment of injured employees’ covered by workers’ compensation insurance by providers who had been convicted of crimes or were under criminal indictment. According to the DWC, 17% of all liens filed between 2011 and 2015 were filed by providers with fraud indictments or convictions.

Finally, AB 1244 requires the Department of Health Care Services (DHCS) to communicate with DIR when a medical provider is added to the Medi-Cal Suspended or Ineligible Provider List. Depending on the reasons for a medical provider being added to the Medi-Cal list, this may trigger a suspension process by the DWC as well. Opponents of the bill argue that prohibiting providers from being paid after conviction of fraud is excessively broad and ignores a scenario in which a provider convicted of fraudulent activity possesses legitimate liens or medical bills in the system.

The second bill, SB 1160, would automatically stay any physician or provider lien upon the filing of criminal charges against them for specified offenses involving medical fraud. If the medical provider is cleared of all charges, his or her liens would be adjudicated in the same way as other liens without prejudice. Similar anti-fraud provisions are utilized by the Medi-Cal and Medicare systems in an effort to control fraud and abuse.

SB 1160 also explicitly prohibits any assigning or factoring of a lien on or after January 1, 2017, unless the medical provider is no longer in business in the capacity in which they filed a lien. For liens assigned between 2013 and 2016, SB 1160 codifies the recent appellate court decision, Chorn v. Workers Comp. Appeals Bd. (2016) 245 Cal. App. 4th 1370, which found that restrictions on lien assignments were constitutional and that the effect of Labor Code Section 4903.8 (i.e., SB 863) is to prohibit the Worker’s Compensation Appeals Board from ordering or awarding lien payments to anyone other than the medical provider who incurred the expense. Proponents argue that the bill effectively combats scenarios by which lien assignments are used to drive fraud. Opponents of the bill argue that the automatic stay provisions would be subject to legal challenge based on due process issues and would unfairly punish providers who are fighting criminal charges for otherwise valid liens.

Both bills passed with little opposition and their signature into law by Governor Brown is expected in the near future. Healthcare providers who take care of patients under workers’ compensation insurance, as well as companies that work with providers to factor medical receivables, bill, finance, or manage the provision of medical services in work comp should prepare for continuing fraud prevention efforts, as well as further regulations to implement the new laws.

For more information/questions regarding any legal matters, please email info@nelsonhardiman.com or call 310.203.2800.