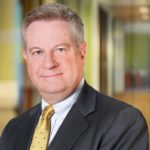 The August 14th article from The Deal titled “Nervy concentration: Health insurers cast aside caution” by William McConnell covers more recent news surrounding Anthem’s purchase of rival health insurer Cigna for what it values as $54.2 billion in cash and stock.

Brass-necked is a fitting description of executives at six large U.S. health insurers making an audacious attempt to consolidate the industry with three separate deals that have been announced since June.

On July 24, Anthem Inc. (ANTM) said it would acquire Cigna Corp. (CI) in a merger valued at $54 billion. That transaction came on the heels of Aetna Inc.’s (AET) July 3 announcement that it would pay $37 billion for Humana Inc. (HUM) and Centene Corp.’s (CNC) July 2 revelation that it would buy Health Net Inc. (HNT) for $6.8 billion.

The Centene deal was cleared on Aug. 12 by federal regulators without an extended antitrust review, but state approvals are pending.

Nelson Hardiman attorney, Rob Fuller, was asked to provide insight for this article by The Deal:

“The parties have picked their dance partners pretty carefully,” said Rob Fuller, of counsel at Nelson Hardiman LLP and a fellow of the American College of Healthcare Executives and a former hospital COO.

Fuller predicted the mergers will give insurers additional market power to reduce rates paid to hospitals and physicians and may make it harder for some healthcare providers to secure a spot in some insurers’ networks. Nevertheless, the traditional lens antitrust enforcers use to evaluate the competitive issues leaves little chance any of the deals will be blocked outright, he said.

“The overall picture under which these deals will be looked at is whether they tend to lessen competition in local markets,” he said. “The problem people who would challenge have is that insurance is heavily regulated in the states and even the federal review is going to be a typical state-by-state, product market analysis…

Fuller, however, doubts that the DOJ is prepared to go beyond the traditional local analysis without additional guidance from Congress and the White House on how to manage the conflicting pressures created by healthcare reform, which seeks to drive costs out of every element of the system.

“The next debate will be over how to allocate resources to cover everyone, and there has to be a serious discussion over whether we should have a just a couple of very profitable players,” he said. The current spate of insurance combinations is likely to be bad for hospitals and physicians groups, he said. He predicted it will stifle the kind of innovation that led insurers and providers in California to team up and form “mini-Kaisers,” mimicking Kaiser Permanente’s business model. Fuller said insurers’ incentive to have as many providers as possible in their network goes away when there are only two or three players in market.

For more information/questions regarding any legal matters, please email info@nelsonhardiman.com or call 310.203.2800.